Madden 20 Theme Builders 2.0 Program: How to Get Offensive and Defensive MVP Player Cards

- February 22, 2020
As of Friday, February 21, the Madden 20 Theme Builders 2.0 program has officially arrived. Featuring Solo Challenges, Store items, New Sets, and 7 new player items for each of the 32 NFL teams! Each team has a variety of new player cards available to help boost the squad's overall ratings. Check out the full list here and you'll find offensive MVP, defensive MVP for each team, and more details about the plan.

Each team has an offensive and defensive MVP player card, and they bring twice as much chemical power to make them better. Players can also use Madden Training for other upgrades. 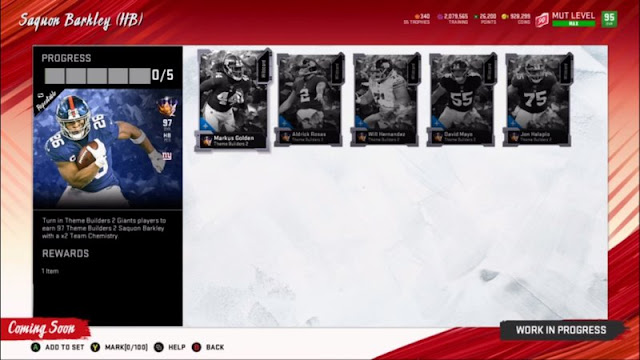 The following new Sets have been added to Ultimate Team with Theme Builders 2.0 (players used in MVP sets are NOT returned):
Solos 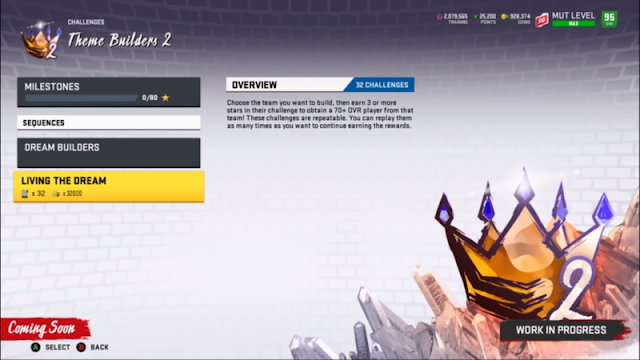 How to get the Offensive and Defensive MVPs

To get Bears Offensive MVP Allen Robinson, you'll need five other Bears Theme Builders cards for the set. We have that example in the screenshot below.

To get the players needed for the sets, players can purchase a package or store offer to try a random purchase. There are also new solo challenges that can help earn Theme Builders 2 players. There's also the Auction House. Don't worry about your lack of money. You can go to U4GM to buy the cheapest Madden 20 Mut coins.

Once a combination of five player cards is completed, they can be permanently redeemed for a specific Madden 20 Theme Builders 2 MVP. You will not get back any cards you put in this group.

What do you think of the Theme Builders 2.0 plan today? Visit our Madden News page for more up-to-date details about Ultimate Team and other game updates.
Madden 20 Program Madden 20 Theme