Madden 20 Zero Chill part 3 has arrived! Just yesterday, Madden released a limited-availability (in packs) card for Khalil Mack of the Chicago Bears. On Monday, December 30, they added a stellar new Rob Gronkowski card carrying the same OVR as Mack's card. In addition, several other new player cards were revealed. Below you can find a breakdown of all new players and the challenges introduced in today's update.

Gronkowski is one of 18 new Madden 20 Zero Chill part 3 players. You can complete the equipment required for 94 ZC Cameron Jordan, 93 ZC DeSean Jackson and 92 ZC Arik Armstead to get ZC Gronkowski. Upon completion, you will get a choice of 1 NAT version of the player used in the set and 95 OVR Rob Gronkowski and his power-up item. 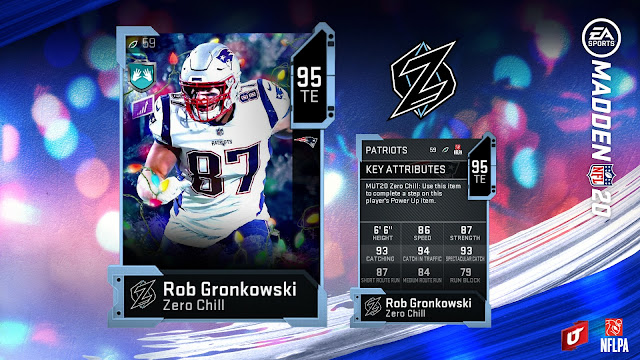 Madden 20 Zero Chill players are available for packs, bundles or special promotions in the Ultimate Team Store. There is now a 92-94 OVR Zero Cold Hero for 5,850 Kindling Currency, Zero Chill packs starting at 35,000 VC or 600 points, and a bundle starting at 1,050 points.

Of course, all of the above players are also sold in the Auction Browser. As of the time of this report's release, Gronk's new item has earned 486,000 to 540,000 Madden Coins on the PS4 version of the game.

On Monday, December 30, EA released a batch of new content including new players and challenges. Players can easily get some generous rewards to increase their game currency, even for their Ultimate Team.  Details below:

The new missions are as follows: 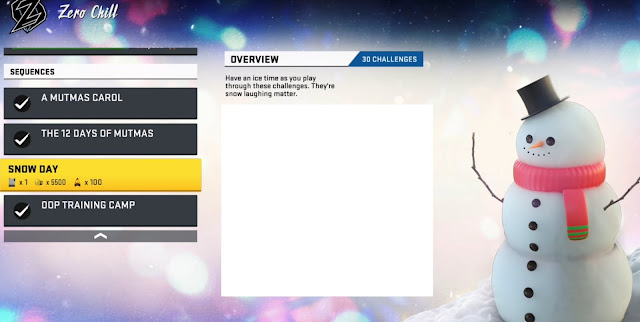 The Hearth is a limited-time House Rules event against the CPU that you can play as much as you want! This is the final Hearth event and is only available for 5 days. Win these games to earn Hearth Packs. Hearth Packs can contain Kindling and Frozen Players. Check the following breakdown of this week's event:

This week's rules are +1 point per rush, +2 points per TFL, +3 points on 10-yard rushes, no special teams, and the game starts with 3 minutes left in the 3rd quarter. Depending on the difficulty Star level you choose, you can start the game by a certain number of points, as shown below:
Most of these rewards are completed with Mut coins and Kindling currency, so if you have extra time, there is no reason not to try it.

In addition, MUT gamers can also play limited-time H2H (Head 2 Head) Hearth event. This is the last H2H Hearth Event and is only open for 5 days. These games have similar rules to The Heart in terms of point, but they make up only a quarter. Rewards include gingerbread men and hearth packs. The best part of The Hearth is that you can play these games multiple times to continue earning these Hearth Reward packs. These packs contain Kindling, frozen players and other items.

What do you think of the new players and Challenges in Part III? Visit our Madden 20 News page here for more latest Madden game updates.
Madden 20 Program