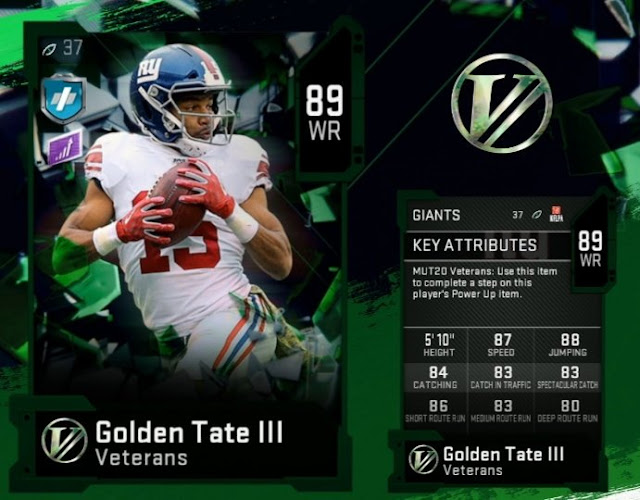 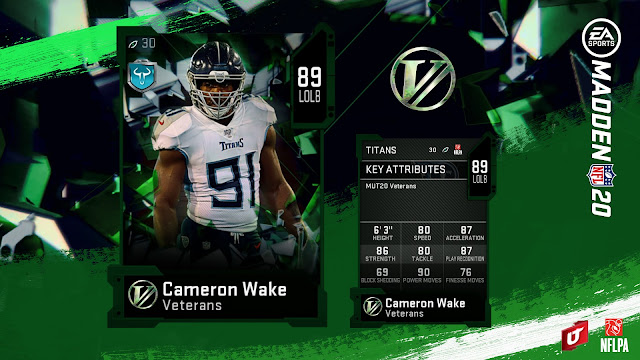 Joining him is left outside linebacker Cameron Wake who has been in the league since 2009. Wake played the majority of his career with the Dolphins before recently joining the Titans' defense. Cameron Wake is a Power Rusher with a 90 PMV rating, and his card includes 90 Power Moves, 87 Play Recognition, 87 Acceleration, and 86 Strength.

Gamers can obtain the new Madden 20 Veterans Tate and Wake cards randomly through packs in Ultimate Team Store. Veterans packs sell for 2,000 Madden Training currency, and each pack contains an 86+ OVR Veterans player item. As of this report, it had a starting bid of 135,000 Coins and a Buy Now price of 136,250 Madden Coins. 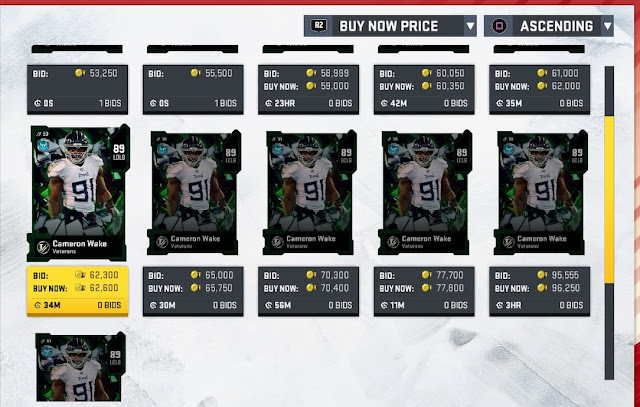 The other option is to hit the Madden 20 Auction Browser.  Players can buy the Madden 20 Veterans Training Pack, try random scores, or use a large number of cheap mut coins to purchase a single player.

What do you think of the Veterans released today? Click here for Madden 20 news about the ultimate team and other updates about the game.
Madden 20 Players Madden NFL 20