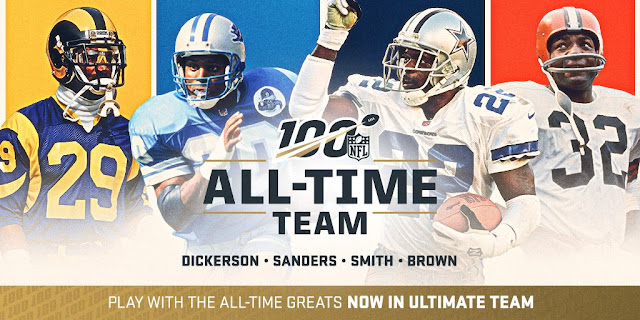 The NFL and EA are celebrating 100 years of NFL football this season! Each week, new players are being revealed for the NFL 100 All-Time Team in honor of a century of great football. EA released four amazing running backs from the Top 100 list with Detroit Lions Barry Sanders, Dallas Cowboys Hall of Famer Emmitt Smith, Eric Dickerson, and Jim Brown.

In addition to the weekly player information released by the NFL, the Madden 20 Ultimate Team will also add new cards based on the players. Each player has 3 different versions: Power Up, Base Version (84 OVR), and Centennial Version (94).  Here are the top four NFL 100 player cards and their full ratings. 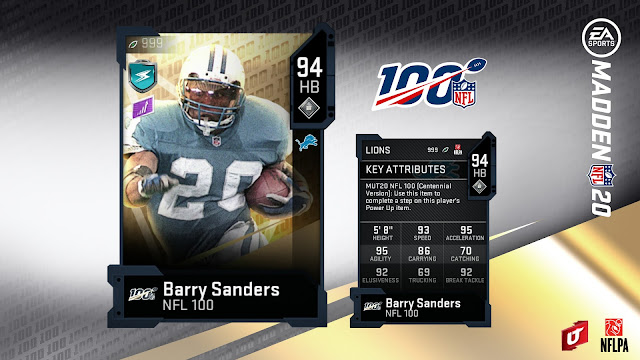 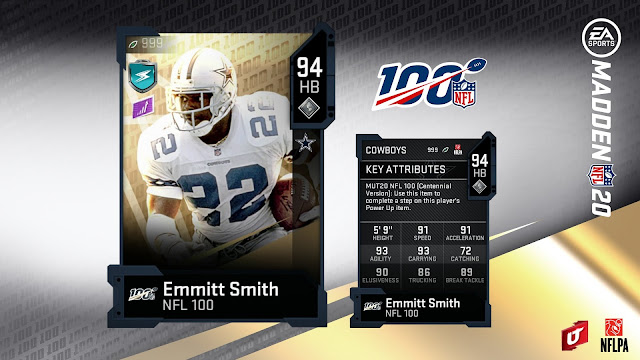 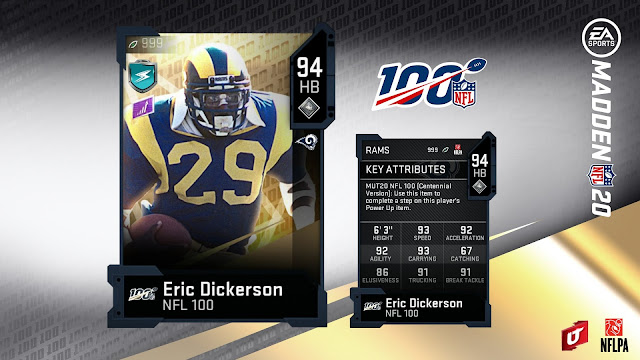 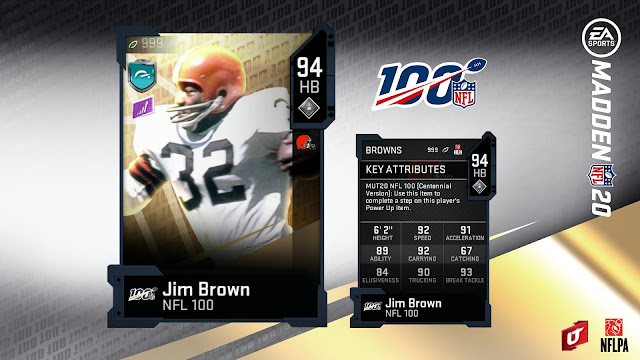 In order to get Smith, Sanders, Dickerson, or Brown, gamers need to put together a set of any 25 Week 1 NFL 100 base players. Be sure to complete the 4 new Top 100 Solo Challenges. They are not only quick and easy, but you earn 1 of the player's Power Up items after each and after all 4, you receive a NAT Fantasy Pack to choose 1 of the 4 player's Base Versions (84 OVR). These are as cheap as 23,000 on bids and 30,000 Madden Coins on Buy Now options for the PS4 auction listings.

The Centennial Version of each player can be acquired by completing their set that requires 25x ANY Week 1 Top 100 Base Players. If you complete all Top 100 solos over the next six weeks, you will be rewarded with a NAT Centennial Fantasy Pack! If you want to get them without any difficulty, please go to our website to get cheap Madden 20 coins.

Which new item do you think is the best? For more news and guides about Madden 20, please visit our Madden page.
Madden 20 Players Madden NFL 20